A few years ago, if you’d tried to find a meal on Devon’s Exe Estuary you’d have been lucky to get anything more than fish and chips. Now, the shores of this magnificent finger of water south of Exeter offer everything from gourmet luxury at Michael Caines’ newly opened Lympstone Manor (pictured) to Red Ruby beef burgers served in a shack made from recycled pallets called The Pig & Pallet in Topsham. Other food stars include Exmouth-made Copper Frog gin, Dart’s Farmshop and, in the middle of the estuary, a floating restaurant-cafe called the River Exe Cafe where chef Chris Dayer dishes up whatever fish has just been plucked from the waters all around (pictured). Getting there in a small boat that bobs through the waves is part of the fun – you feel like one of the Famous Five on a nautical picnic.

Topsham, with its lanes of Georgian cottages and dreamy views over the estuary, has to be my favourite (It’s already gone onto my ever-growing list of lovely places I’d like to move to). For foodies, the draw is its high street of small independent shops (including the lovely Cooks Aweigh kitchen shop) which feels a world away from nearby chain-bound Exeter. Nip into The Café for homemade pistachio and lemon cake, or into Country Cheeses, one of a trio of cheesemongers originating in Tavistock. I nibbled some Sweet Charlotte, Country Cheeses’ own Emmental-style cow’s cheese. “Charlotte may be called sweet but she has quite a bite,” the woman serving warned me. She was right.

For places to lunch or dine, it’s hard to beat The Salutation Inn. Here, Michael Caines protégé Tom Williams-Hawkes produces top-notch fodder both for the coaching inn’s evening restaurant and its casual daytime Glass House cafe. When I visited, the great-value set lunch included a choice between Dart’s Farm Red Ruby beef and tarragon gnocchi, with crème brûlée and coffee ice cream (pictured) to round off proceedings.

Back on the waterside, there’s wood-fired pizza and wine on offer in the cellars of Pebblebed winery which began in 1999 as a half-acre community-run plot and now has 25 acres producing some seriously good bubblies. Sign up for a tasting and tapas in the cellars, or for a tour of the vineyard at nearby Clyst St George. In the season, you can even help harvest the grapes – a wonderful community shindig.

For a taste of the old Topsham, stop at the Bridge Inn, on the fringes of the town near Dart’s Farm (spot the Red Ruby beef cows which go in the Pig & Pallet’s burgers). The inn has scarcely been touched since the 18th century and is famous for hosting the queen’s first outing to a pub, in 1998. Its oak-panelled bar is decked with threadbare bunting celebrating the monarch’s coronation. Sadly though, no-one remembers exactly which monarch it was.

You can read about the food of the Exe Estuary, and of the rest of East Devon, in the latest issue of Olive magazine, just out. 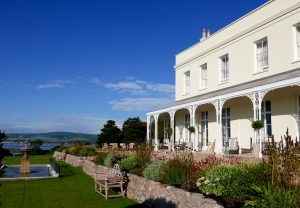 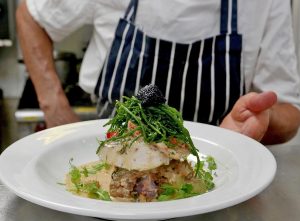 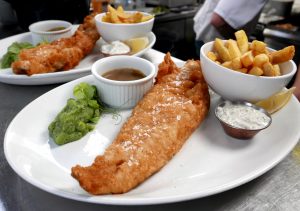 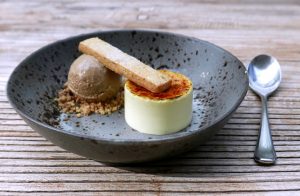 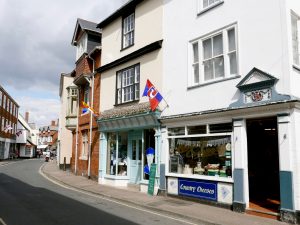